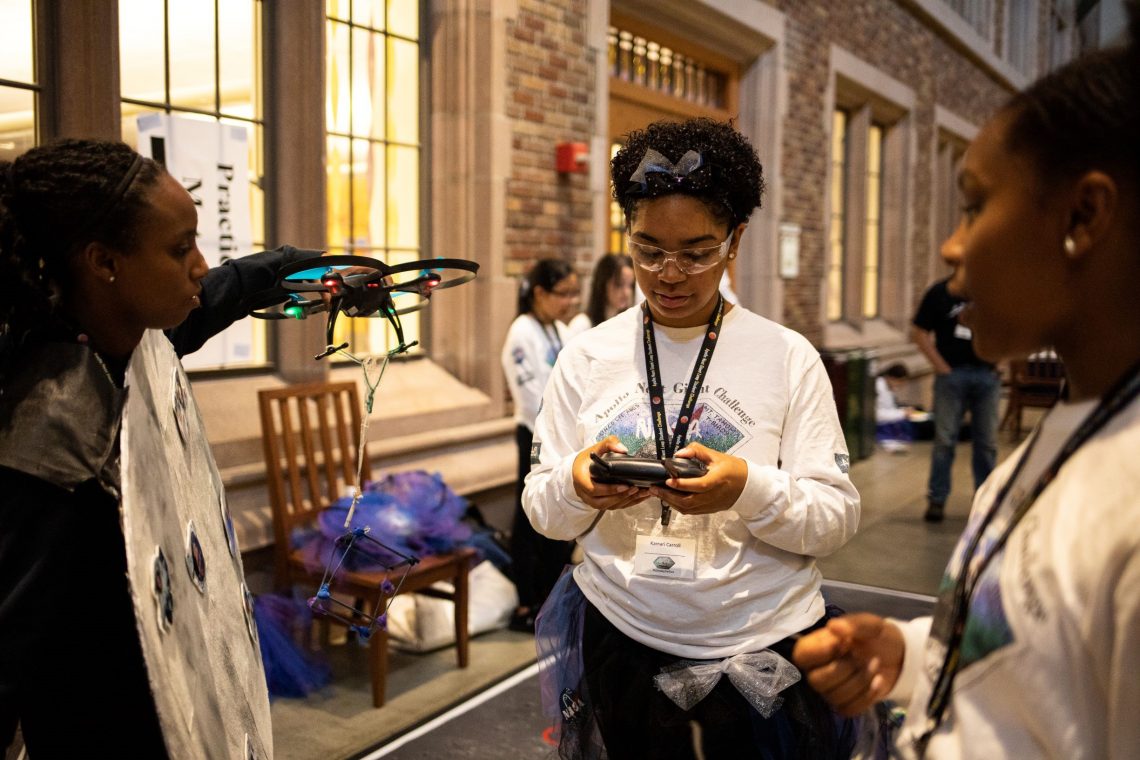 Members of the Astro Aphelion team warm up their drone (left) in the practice space. The team placed second, and won a trip to the NASA Ames Research Center in California in August.Mark Stone/University of Washington

[Note: This post has been updated with photos and video from the July 19 event. More photos are available at http://bit.ly/Apollo50Challenge.]

This Saturday will mark a half century since the Apollo 11 mission landed on the moon and two U.S. astronauts, Neil Armstrong and Buzz Aldrin, walked its surface. At the University of Washington, the NASA-funded Northwest Earth and Space Sciences Pipeline, or NEESP, is marking the occasion with a robotics challenge for middle and high school students from across the state. 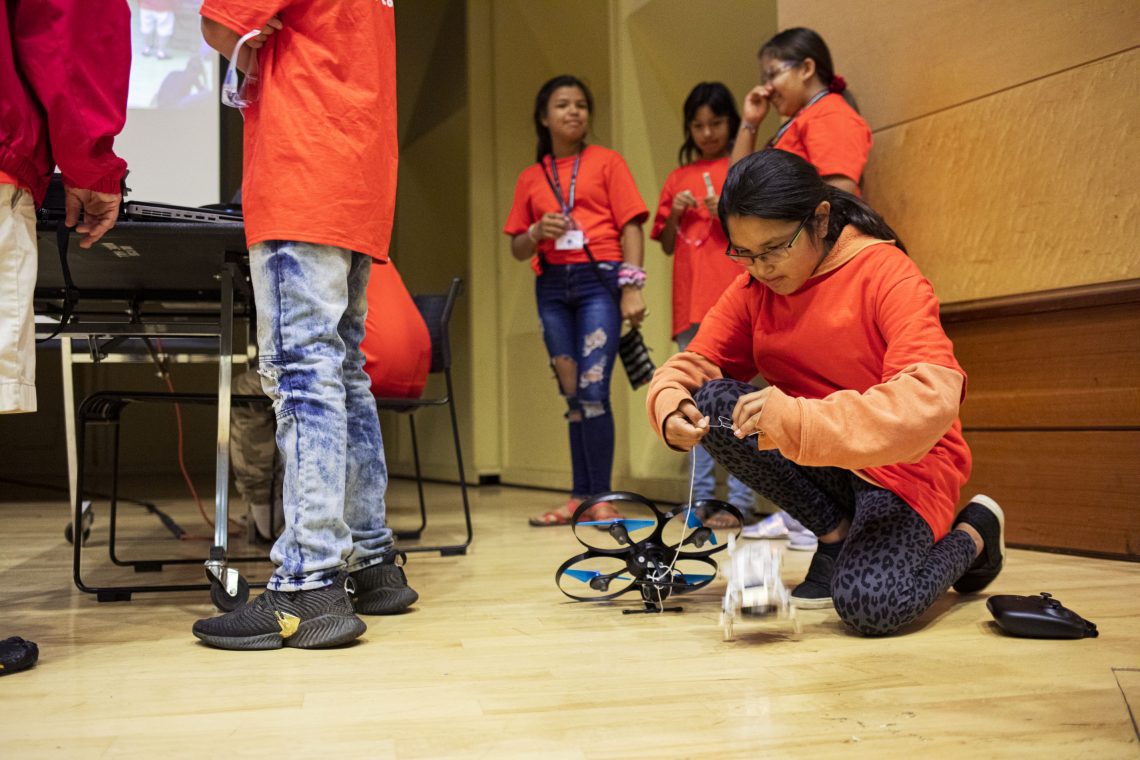 The Rockin’ Robot Rookies team from Bellingham takes the stage July 19. A team members readies the drone to drop a lander on a map of the lunar surface.Mark Stone/University of Washington

Teams will complete the challenge throughout the day in Kane Hall 130, while using Mary Gates Hall as a warmup space. The five-member teams of 5th– through 12th-grade students hail from Forks to Walla Walla, and from Bellingham to Olympia. The day’s activities also include a STEM career panel and lab tours. All the events are open to the public.

The challenge event is the latest outreach effort from the NESSP, which seeks to attract underrepresented students into space careers.

“We provide outreach to students across the country so that they will be inspired to contribute to future developments on the ground and into space,” said NESSP director Robert Winglee, a UW professor of Earth and space sciences. “As in the Apollo era, innovations being developed for spaceflight have major benefits, often unforeseen at the time, for society.” 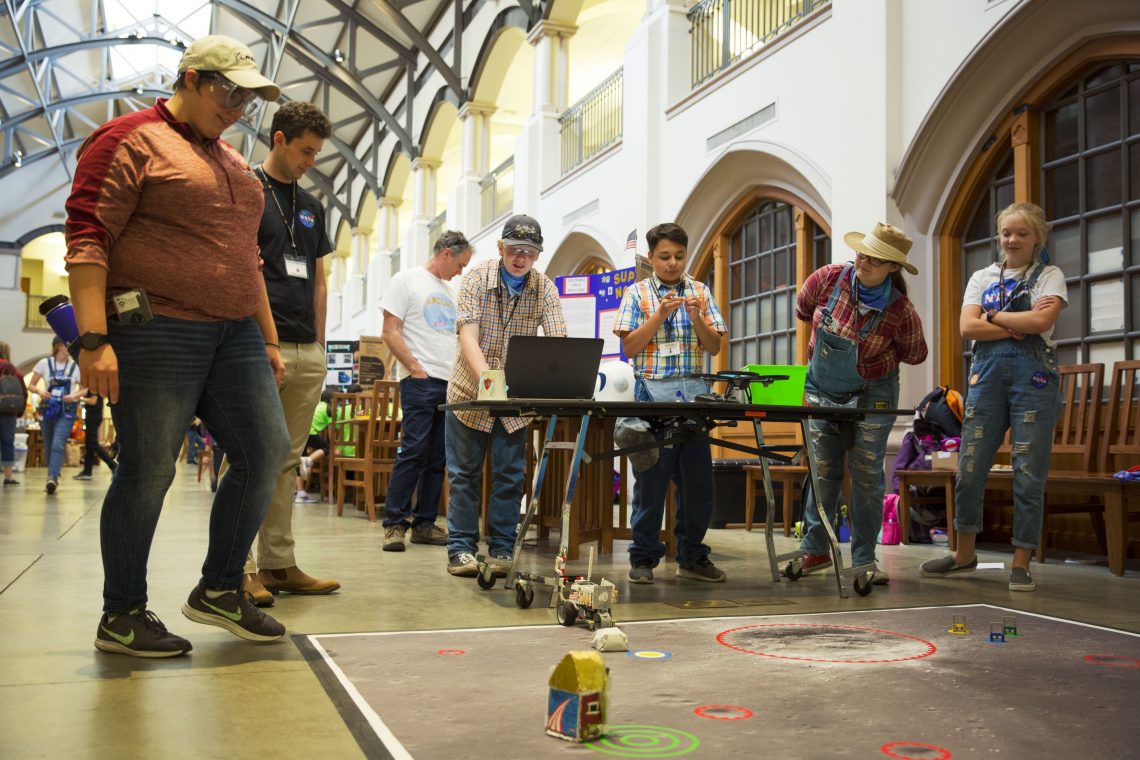 The “Galactic Farmers” from Almira, Washington, warm up in Mary Gates Hall. The team had an agricultural theme.University of Washington

In a UW “Apollo Retrospective,” Robert Winglee and other UW community members recall the 1969 moon landing

During Friday’s events, teams will recreate the events of July 20, 1969. Each team will fly a remote-controlled drone from a starting line to land on an 8-by-10-foot map of the moon’s surface in the same spot where Apollo 11 touched down. They will then use a Lego Mindstorms EV3 robot they have programmed to explore the lunar surface, bring back a rock sample and leave a culturally significant object. Each team has built a replica of the 1969 lunar lander, and high-school aged teams will also use the drone to retrieve their lunar module and bring it back to the starting line.

Teams have also designed a mission patch and uniform to wear to the challenge. Students will get points both for how accurately they can complete the challenge and for their overall participation in event activities.

“The landing itself is etched in my mind -- even after so many years -- because it demonstrated that extraordinary things could be achieved if people had big visions and worked together,” Winglee said.

Winners are scheduled to be announced at 6 p.m. The top-performing team at each location will get to visit a NASA space center later this summer. 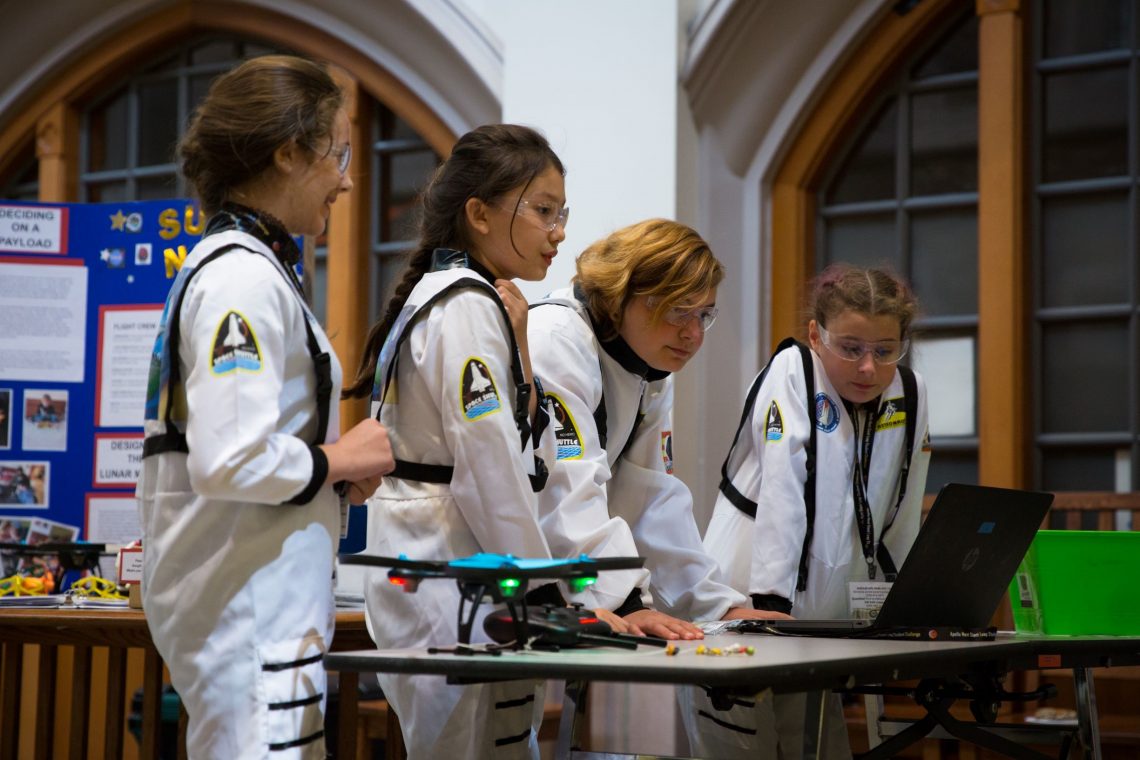 Students with the W.O.W. (Women of the World) team from Forks, Washington, test their rover in the practice space.Mark Stone/University of Washington

Founded in 2016, NESSP is an outreach and education program that brings hands-on science activities to middle and high school students and educators across the Northwest region.

“The ANGLeS Challenge is a way to diversify STEM by having the communities identify themselves in a creative way, while celebrating the Apollo 11 mission,” said NESSP associate director Juan-Carlos Chavez. “The dream is to have these amazing engineers and scientists who are fully prepared to take on the positions at NASA and other industries that are hungry for local students to participate.” 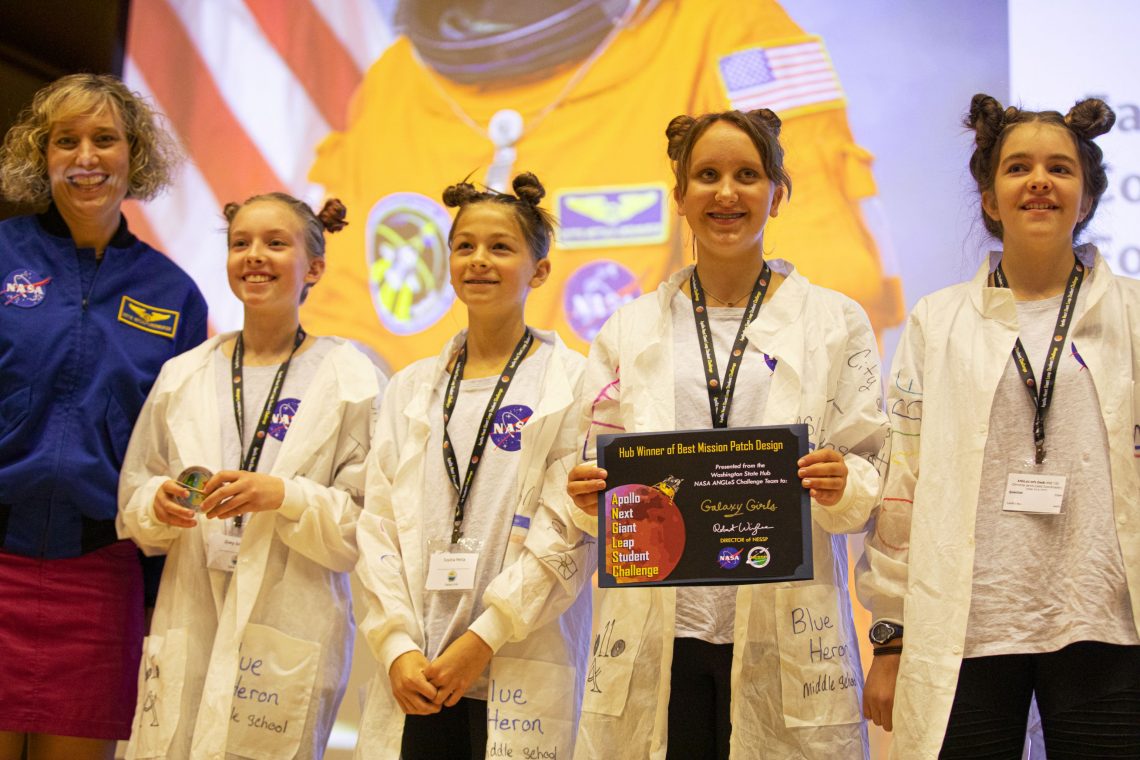 For more information, reporters can contact communications officer Chris Wallish at 206-221-7743 or cwallish@uw.edu. Photos are available at www.bit.ly/Apollo50Challenge. Reporters can access soundbites and b-roll of the event.