The U.S. Geological Survey today announced $10.4 million in funding to the Pacific Northwest Seismic Network, based at University of Washington, to support the ShakeAlert earthquake early warning system. Some $7.3 million of the funding will go to the UW.

The first year’s funding of $5.4 million to the PNSN begins this month. The UW will receive about $3.75 million in direct support of its PNSN activities and $1.66 million will support the PNSN team at the University of Oregon. The second-year funding, of an additional $5 million, is contingent on approval by Congress and will be similarly shared. 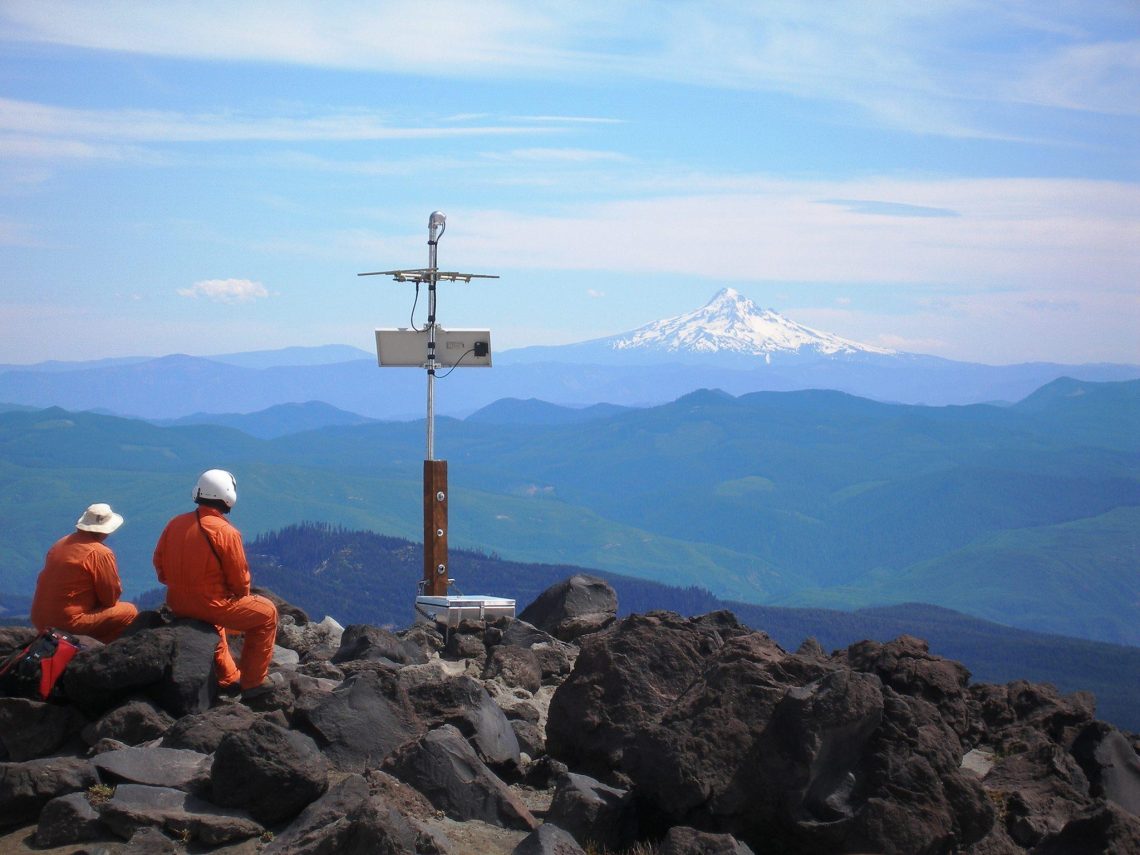 “This investment in the PNSN represents a major increase in federal support for earthquake monitoring in the Cascadia region,” said Harold Tobin, director of the PNSN and professor in the UW’s Department of Earth and Space Sciences. “At the end of the two years of funding we anticipate having essentially doubled the number of seismic stations across our whole region that contribute to real-time earthquake early warning. This would allow for full public alerts of any potentially damaging earthquakes, across our entire region of Washington and Oregon, by the end of the two-year period.”

This new award will allow for installation of 104 new seismic stations in Washington state and 44 in Oregon, during the two-year period. It will also support improved, more-sophisticated detection of earthquakes as they begin, and new efforts to engage potential users of the warnings.

ShakeAlert’s network of instruments detect the first, less damaging waves from a major earthquake close to where the earthquake begins. The system then issues alerts for the estimated size and location of the earthquake, providing seconds or minutes of warning before the more damaging ground shaking begins - enough for someone to pull off the road, stop a surgery, or find a safe place to take shelter. 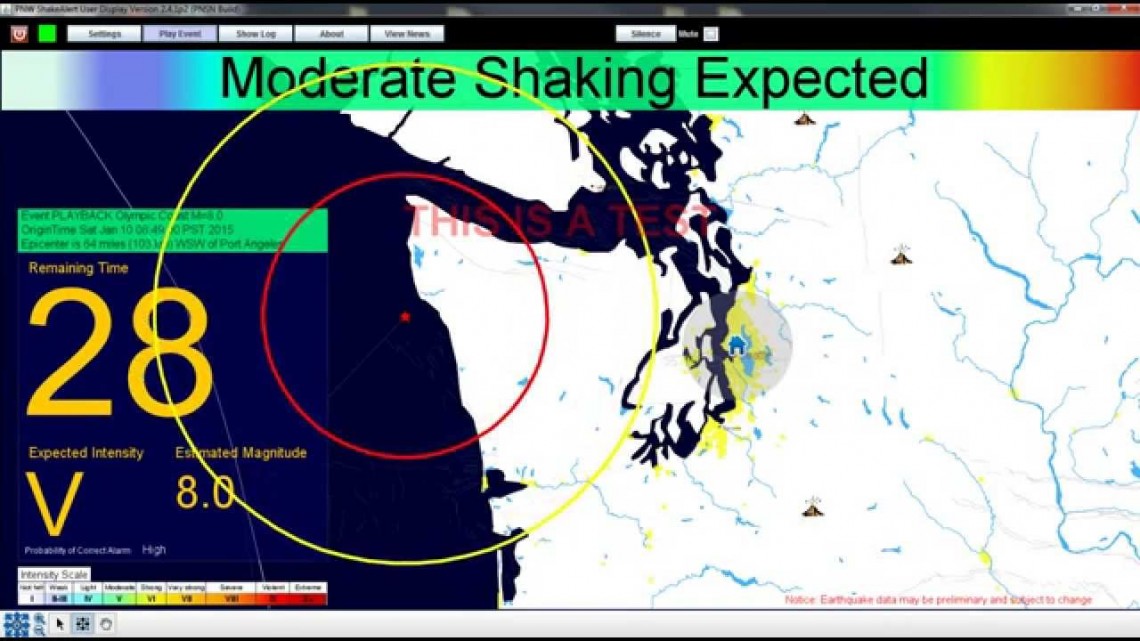 A sample warning, with a countdown of the number of seconds until the strong shaking reaches the user.Pacific Northwest Seismic Network

In the Pacific Northwest’s pilot phase of the system, early adopters in the region have developed pilot projects with guidance and support from the PNSN and USGS, and have received ShakeAlert warning messages for the past two years. These warnings are currently used to trigger loss-reduction measures at critical facilities -- such as turning off water valves in public utility districts -- before dangerous shaking would arrive.

The additional funding will support the development of new pilot projects in schools, businesses, communities and critical infrastructure facilities in preparation for the eventual goal of open alerts to the general public, as launched recently in the Los Angeles region. The improvements to PNSN’s network supported by this funding will meet the USGS’ recommended station-density standard for public alerting in almost all areas of Washington and Oregon.

"It will enable us to rapidly build out our network to produce faster and more accurate alerts for Cascadia Region earthquakes," Tobin said. 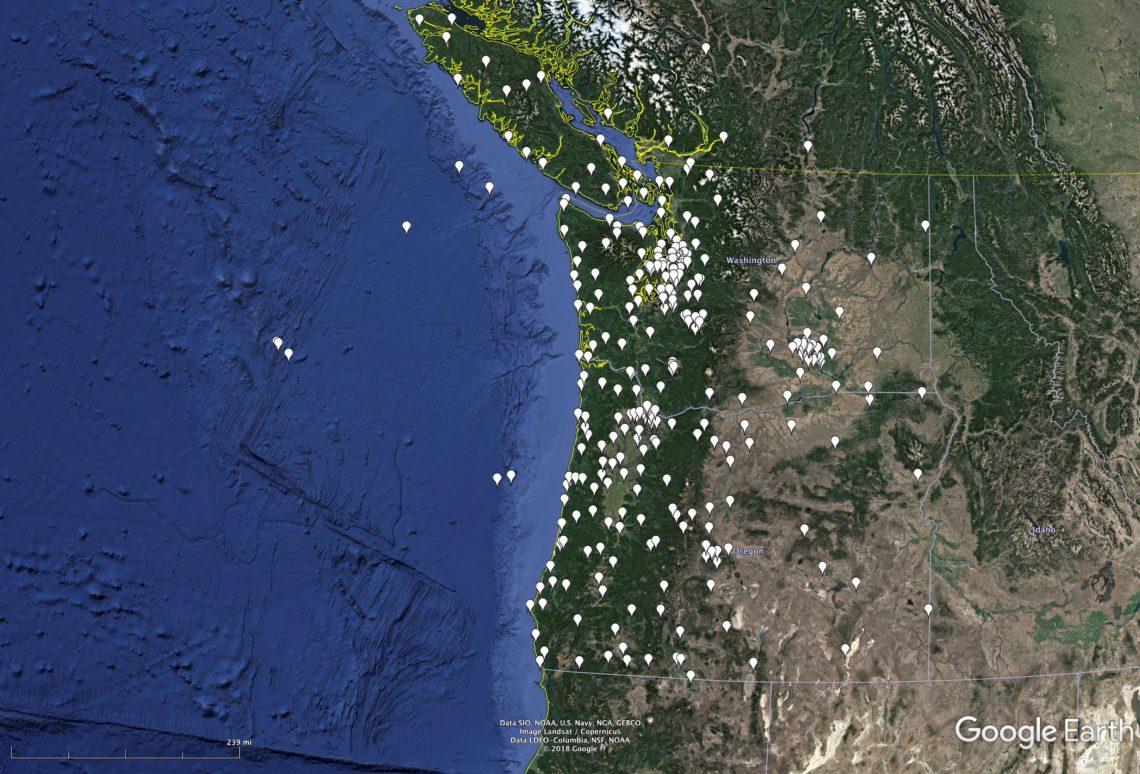 Existing Pacific Northwest Seismic Network ShakeAlert stations, as of spring 2019. The new funding will roughly double the number of stations in Washington and Oregon.

The funding will also support ongoing research to integrate GPS data into ShakeAlert, which will allow quicker estimates of the magnitude of offshore Cascadia Subduction Zone earthquakes as they unfold. The UW is sharing its research in this area with the National Oceanic and Atmospheric Administration and NASA in the hope of improving tsunami-warning capabilities. The UW is working with Central Washington University, also supported by USGS, to receive near-real-time GPS data from across Washington and Oregon that will be integrated into future releases of ShakeAlert.

The regional ShakeAlert effort began in 2011, when the UW joined the University of California, Berkeley and California Institute of Technology as a primary ShakeAlert center in the developing a West Coast warning system. The Gordon and Betty Moore Foundation awarded $2 million to each university to kick-start ShakeAlert from a research project to an operational system. With support from Congress, the USGS ramped up support for ShakeAlert as the foundation’s seed funding expired.

Additional support for PNSN operations comes from the U.S. Department of Energy and the states Oregon and Washington. The Washington legislature, in its current biennium budget, allocated $1.24 million over two years for additional enhancements to the ShakeAlert network.