Researchers at the University of Washington share their expertise on artificial intelligence and data science in “The Age of A.I.,” an online documentary produced and released this winter by YouTube. The series narrated by Robert Downey Jr. looks at how AI could affect everything from health care to the search for extraterrestrial life.

Pedro Domingos, professor in the Paul G. Allen School of Computer Science & Engineering, is a recurring expert who offers commentary in several episodes. In 2015 Domingos published “The Master Algorithm,” a popular book about the promise of artificial intelligence.

The seventh episode, titled “Saving the World One Algorithm at a Time,” features the UW-based Pacific Northwest Seismic Network. After looking at elephant poaching and new plant-based foods, the segment looks at how seismologists are collecting and processing data to warn of incoming earthquakes along the Cascadia subduction zone. (Domingos first appears in the episode here, and the earthquake segment begins here.) 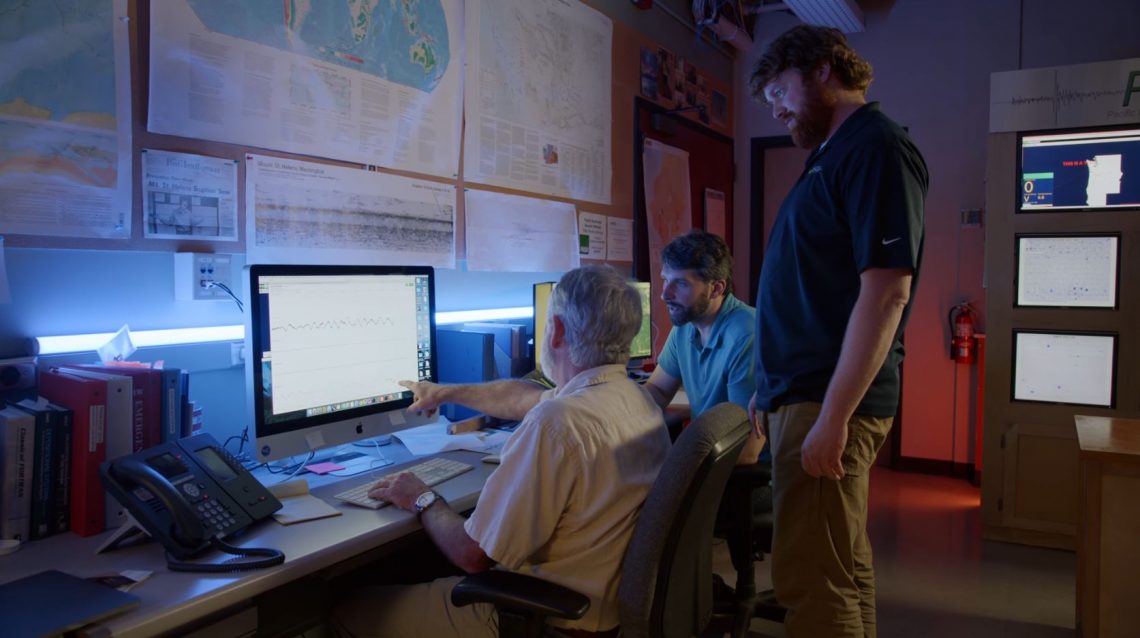 A scene in episode seven of “The Age of A.I.” inside the Pacific Northwest Seismic Network’s lab on the UW campus.YouTube 'Age of A.I.'

Harold Tobin, director of the PNSN and a professor of Earth and space sciences, strolls through downtown Seattle and discusses the challenges and prospects for long-term earthquake prediction. Paul Bodin, research professor of Earth and space scienc es, desc ribes how the UW system identifies shaking generated by seismic events, and Doug Gibbons, a field engineer and lab coordinator with the PNSN, shows off a seismic monitoring station near the Space Needle.

The series can be streamed free with advertisements, or ad-free for YouTube subscribers. Earlier episodes have been viewed millions of times.