A new analysis of 2.5-billion-year-old rocks from Australia finds that volcanic eruptions may have stimulated! population surges of marine microorganisms, creating the first puffs of oxygen into the atmosphere. This would change existing stories of Earth's early atmosphere, which assumed that most changes in the early atmosphere were controlled by geologic or chemical processes. 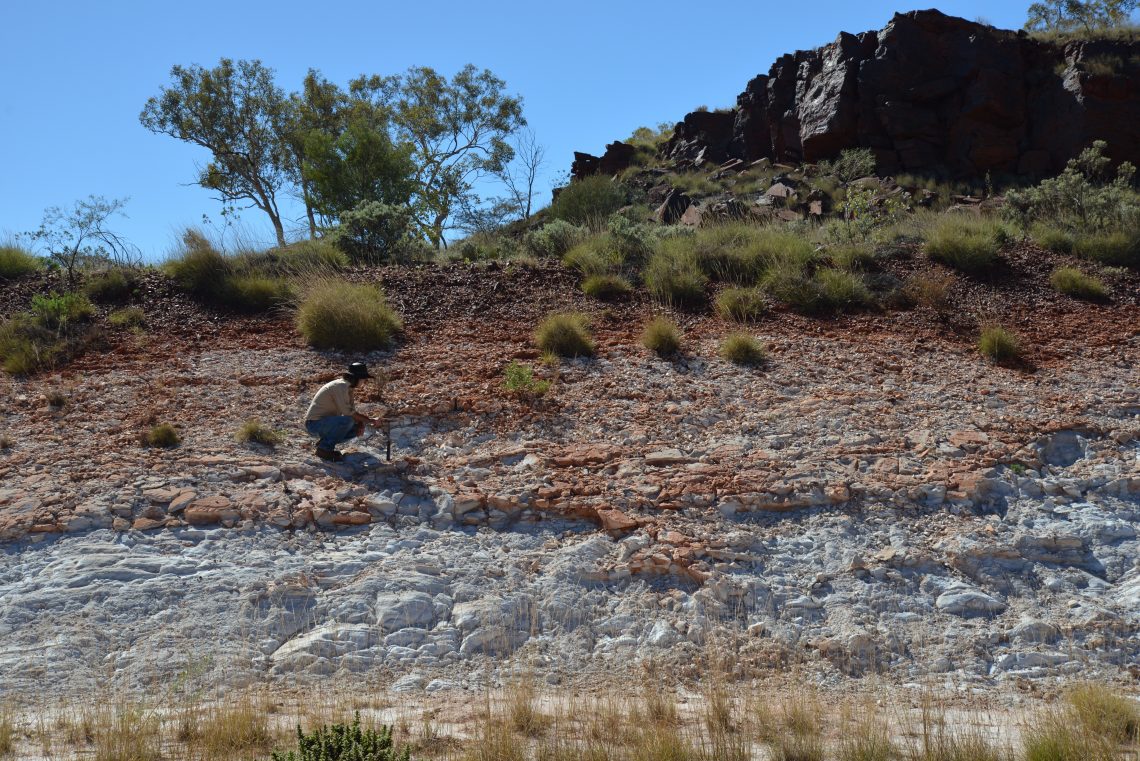 Roger Buick in 2004 at the Mount McRae Shale in Western Australia. Rocks drilled near here show "whiffs" of oxygen occurred before the Great Oxidation Event, 2.4 billion years ago. New analyses show a slightly earlier spike in the element mercury emitted by volcanoes, which could have boosted populations of single-celled organisms to produce a temporary "whiff" of oxygen.Roger Buick/University of Washington

Though focused on Earth's early history, the research also has implications for extraterrestrial life and even climate change. The study led by the University of Washington, the University of Michigan and other institutions was published in August in the Proceedings of the National Academy of Sciences.

In its earliest days, Earth had no oxygen in its atmosphere and few, if any, oxygen-breathing lifeforms. Earth's atmosphere became permanently oxygen-rich about 2.4 billion years ago, likely after an explosion of lifeforms that photosynthesize, transforming carbon dioxide and water into oxygen.

But in 2007, co-author Ariel Anbar at Arizona State University analyzed rocks from the Mount McRae Shale in Western Australia, reporting a short-term whiff of oxygen about 50 to 100 million years before it became a permanent fixture in the atmosphere. More recent research has confirmed other, earlier short-term oxygen spikes, but hasn't explained their rise and fall.

In the new study, researchers at the University of Michigan, led by co-corresponding author Joel Blum, analyzed the same ancient rocks for the concentration and number of neutrons in the element mercury, emitted by volcanic eruptions. Large volcanic eruptions blast mercury gas into the upper atmosphere, where today it circulates for a year or two before raining out onto Earth's surface. T!he new analysis shows a spike in mercury a few million years before the temporary rise in oxygen. 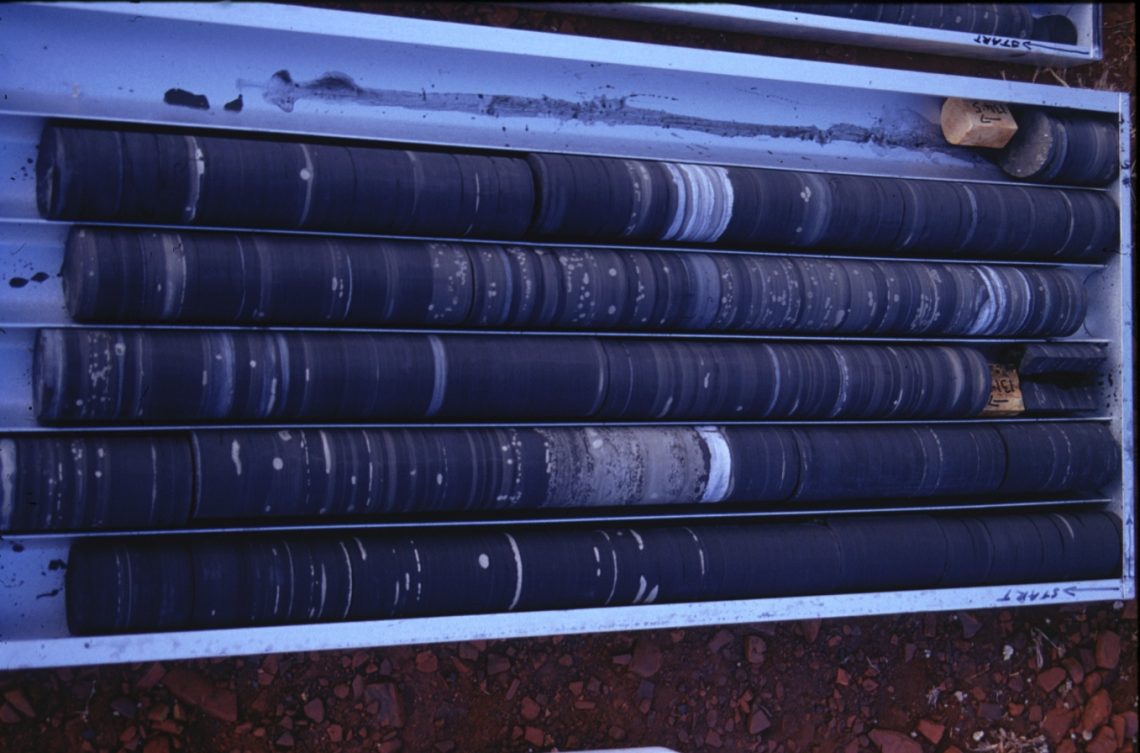 These are drill-cores of rocks from the Mount McRae Shale in Western Australia. Previous analysis showed a "whiff" of atmospheric oxygen preceding the Great Oxidation Event, 2.4 billion years ago. New analyses show a slightly earlier spike in minerals produced by volcanoes, which may have fertilized early communities of microbes to produce the oxygen.Roger Buick/University of Washington

"Sure enough, in the rock below the transient spike in oxygen we found evidence of mercury, both in its abundance and isotopes, that would most reasonably be explained by volcanic eruptions into the atmosphere," said co!-author Roger Buick, a UW professor of Earth and Space Sciences.

Where there were volcanic emissions, the authors reason, there must have been lava and volcanic ash fields. And those nutrient-rich rocks would have weathered in the wind and rain, releasing phosphorus into rivers that could fertilize nearby coastal areas, allowing oxygen-producing cyanobacteria and other single-celled lifeforms to flourish.

"There are other nutrients that modulate biological activity on short timescales, but phosphorus is the one that is most important on long timescales," Meixnerov? said.

Today, phosphorus is plentiful in biological material and in agricultural fertilizer. But in very ancient times, weathering of volcanic rocks would have been the main source for this scarce resource.

"During weathering under the Archaean atmosphere, the fresh basaltic rock would have slowly dissolved,! releasing the essential macro-nutrient phosphorus into the rivers. That would have fed microbes that were living in the shallow coastal zones and triggered increased biological productivity that would have created, as a byproduct, an oxygen spike," Meixnerov? said.

The precise location of those volcanoes and lava fields is unknown, but large lava fields of about the right age exist in modern-day India, Canada and elsewhere, Buick said.

"Our study suggests that for these transient whiffs of oxygen, the immediate trigger was an increase in oxygen production, rather than a decrease in oxygen consumption by rocks or other nonliving processes," Buick said. "It's important because the presence of oxygen in the atmosphere is fundamental - it's the biggest driver for the evolution of large, complex life."

Ultimately, researchers say the study suggests how a planet's geology might affect any life evolving on its surface, an understanding that aids in identifying habitab!le exoplanets, or planets outside our solar system, in the search for life in the universe.

For more information contact Meixnerov? at janameix@uw.edu or Buick at buick@uw.edu. Note: Meixnerov? is on European Time; Buick is on Pacific Time.